Skip to content
Before deciding whether they’re ready to begin having sex or doing other sexual activities, it’s important for teenagers to understand the risks they will take on if they choose to start having sex.

Teenagers should be well aware of the potential consequences of their actions, including raising their risk of being exposed to sexually transmitted diseases as well as, potentially, having an unintended pregnancy, but they also should know about how they can reduce or limit the risk of negative consequences of sexual activity.

Visit this site for more information

We are delighted that Xola Potelwa has been awarded a STIRF PhD studentship. Xola is undertaking her PhD at the University of York, under the supervision of Dr Amanda Mason-Jones. 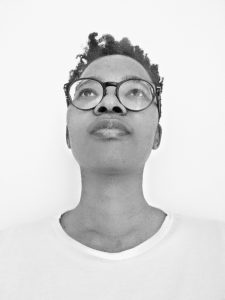 Xola is an early career researcher who was previously based in Johannesburg, South Africa where she was leading a team that is investigating comorbidities amongst residents in Soweto, a large peri-urban settlement in the south of the city. She has worked on research projects in fields such as human rights law, diagnostics, youth leadership and health. Prior to that Xola spent several years interacting with emerging market policymakers and traders as a financial journalist for Bloomberg and Reuters. She earned her master’s degree in Health Sociology from the University of Witwatersrand in Johannesburg where she investigated uptake of the HPV vaccine amongst middle class and wealthy families in South Africa. Xola likes to read for pleasure. It is possible that she has moved to York simply to finally learn how to ride a bicycle!

This project was completed in March 2018.

The aim was to identify key themes regarded by patients as priorities for delivering a high-quality service for individuals who have experienced sexual violence.

The investigators found that while the experience and outcome as reported by the patients are important measures in themselves, there are are no gold standard instruments against which their experience can be measured.

The patients themselves identified the need to feel in control throughout, which is enabled by listening without judgment, carefully conveying information.

The findings present challenges for healthcare professionals who may feel obligated to ensure particular outcomes, such as emergency contraception being offered when the patient simply wants to be offered choices.

Funding for this project has been kindly provided by JoLi Trust and University Hospitals Birmingham Charity. 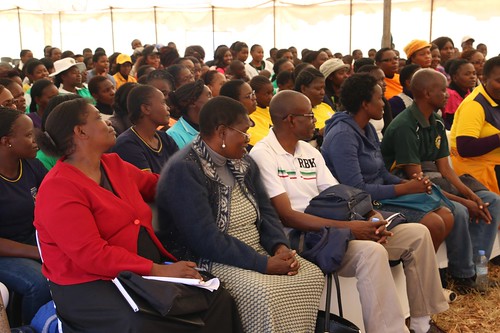 A commissioned article in Lancet Infectious Diseases on July 9, 2017 highlights some of the major issues and challenges facing us in the growing global epidemic of sexually transmitted infections (STI). Authors Prof Mabhus Unemo et al summarise the key issues as follows:

WHO estimated that nearly 1 million people become infected every day with any of four curable sexually transmitted infections (STIs): chlamydia, gonorrhoea, syphilis, and trichomoniasis. Despite their high global incidence, STIs remain a neglected area of research.

In this Commission, we have prioritised five areas that represent particular challenges in STI treatment and control.

Chlamydia remains the most commonly diagnosed bacterial STI in high-income countries despite widespread testing recommendations, sensitive and specific non-invasive testing techniques, and cheap effective therapy. We discuss the challenges for chlamydia control and evidence to support a shift from the current focus on infection-based screening to improved management of diagnosed cases and of chlamydial morbidity, such as pelvic inflammatory disease.

The emergence and spread of antimicrobial resistance in Neisseria gonorrhoeae is globally recognised. We review current and potential future control and treatment strategies, with a focus on novel antimicrobials.

Bacterial vaginosis is the most common vaginal disorder in women, but current treatments are associated with frequent recurrence. Recurrence after treatment might relate to evidence that suggests sexual transmission is integral to the pathogenesis of bacterial vaginosis, which has substantial implications for the development of effective management approaches.

Lastly, STIs in men who have sex with men have increased since the late 1990s. We discuss the contribution of new biomedical HIV prevention strategies and risk compensation.

Overall, this Commission aims to enhance the understanding of some of the key challenges facing the field of STIs, and outlines new approaches to improve the clinical management of STIs and public health.

Natsal-3 is a  sample survey of 15,162 men and women (6,293 men) aged 16–74 years, resident in Britain, undertaken between September 2010 and August 2012. Participants were interviewed using a combination of face-to-face, computer-assisted, personal interviewing (CAPI) and computer-assisted self-interviewing (CASI). The more sensitive questions, including those on paying for sex and sex while outside the UK, were asked in the CASI.

Kyle Jones and her colleagues reported on the results of the questions relating to men who admitted to have paid for sex.

Their results show that round one in 10 men in Britain report having ever paid for sex at some time. These men are more sexually active than men who do not report having had paid for sex. They have a higher number of sexual partners, only a minority (18.4%) of which are paid.

They are also more likely to report a diagnoses of a sexually transmitted infection (STI) even when accounting for their disproportionately larger number of sexual partners (which is considered the most important behavioural variable associated with STI diagnoses).

This evidence strongly supports the idea that this subgroup of men are a bridge for the sort of sexual mixing (dissociative mixing) that increases the spread of STIs.

Men who pay for sex (MPS) are most likely to be aged between 25 and 34 years, single, in managerial or professional occupations, and have high partner numbers.

After adjusting for the key risk behaviour of sexual partner numbers, these men still report many other sexual behaviours, such as having new foreign partners while outside the UK, less attendance at STI clinic and less condom use. They therefore show an increased vulnerability to STI without taking the necessary precautions.

Interestingly, for some reported behaviours, such as sex partners outside the UK, same sex contact, sex partners found online, and concurrent partners (more than one partner at any time), total and paid partner numbers increase.

802 people aged 19 years or over who attended one of three sexual health clinics and were drinking excessively were randomised to either brief advice or control treatment. Brief advice consisted of feedback on alcohol and health, written information and an offer of an appointment with an Alcohol Health Worker. Control participants received a leaflet on health and lifestyle.

The primary outcome was mean weekly alcohol consumption during the previous 90 days measured 6 months after randomisation. The main secondary outcome was unprotected sex during this period.

In a linked leading article in the journal Sexually Transmitted Infections Keith Radcliffe and Nicola Thornley review the links between alcohol misuse and unsafe sexual practices. They report conflicting information as to the benefits of behaviour intervensions, both in terms of reduction in the consumption of alcohol and in unsafe sexual behaviour.

The current study adds to the growing literature on the difficulties of behaviour intervention in having lasting effects on behaviour changes, whether it is sexual or eating habits.

Malcom Gibb who had served on the Board of Trustees since 2009 sadly passed away in early January this year. Malcom not only supported STIRF since its early inception but through his links with the Jo Li Foundation provided regular financial support. Without his help STIRF would not have been able to fund many of the projects that were successfully completed. The board of Trustees of STIRF send their deepest condolences to the family and friends of Malcom. I will miss him, not only as a valued colleague, but even more as a very dear friend.

The 2013 round of applications for funding has resulted in approval for the following pilot project:

The aim of the preliminary project is to find the methodology to test the hypothesis: is shame one of the reasons for failing  to attend for STI and HIV testing. The project will be completed within six months involving setting up workshops with groups involved with both patient groups and those sexual health care.

HIV/TB care association has launched a Twiter-Facebook campaign in Cape Town to encourage condom use. Under slogan is Love=Condom and with Valentine Day as a prop, the campaign aims to address the rising rates of HIV – especially.

In the UK the relentless rise in HIV in men who have sex with men to record levels in 2012 has also raised concern that the safe sex message is not getting through. The Healthe Protection Agency which provides annual report on rates of HIV and other sexually transmitted infections has made a number of recommendations for controlling the HIV epidemic.

Maybe we should take a leaf out of the South African TB/HIV Care Association.